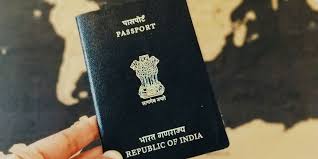 
The 2019 Passport Index, which ranks passports of 199 countries on the basis on their Visa-Free Score and their ranking on the UNDP human development index has ranked UAE passport as no 1, which allows visa free entry to 113 countries and provides visa-on-arrival facility in 54 nations around the world.
Among SAARC nations, India is only behind Maldives, who ranks 51 on the list. Maldivian passport holder can enter 84 countries visa free or with visa-on-arrival facility.